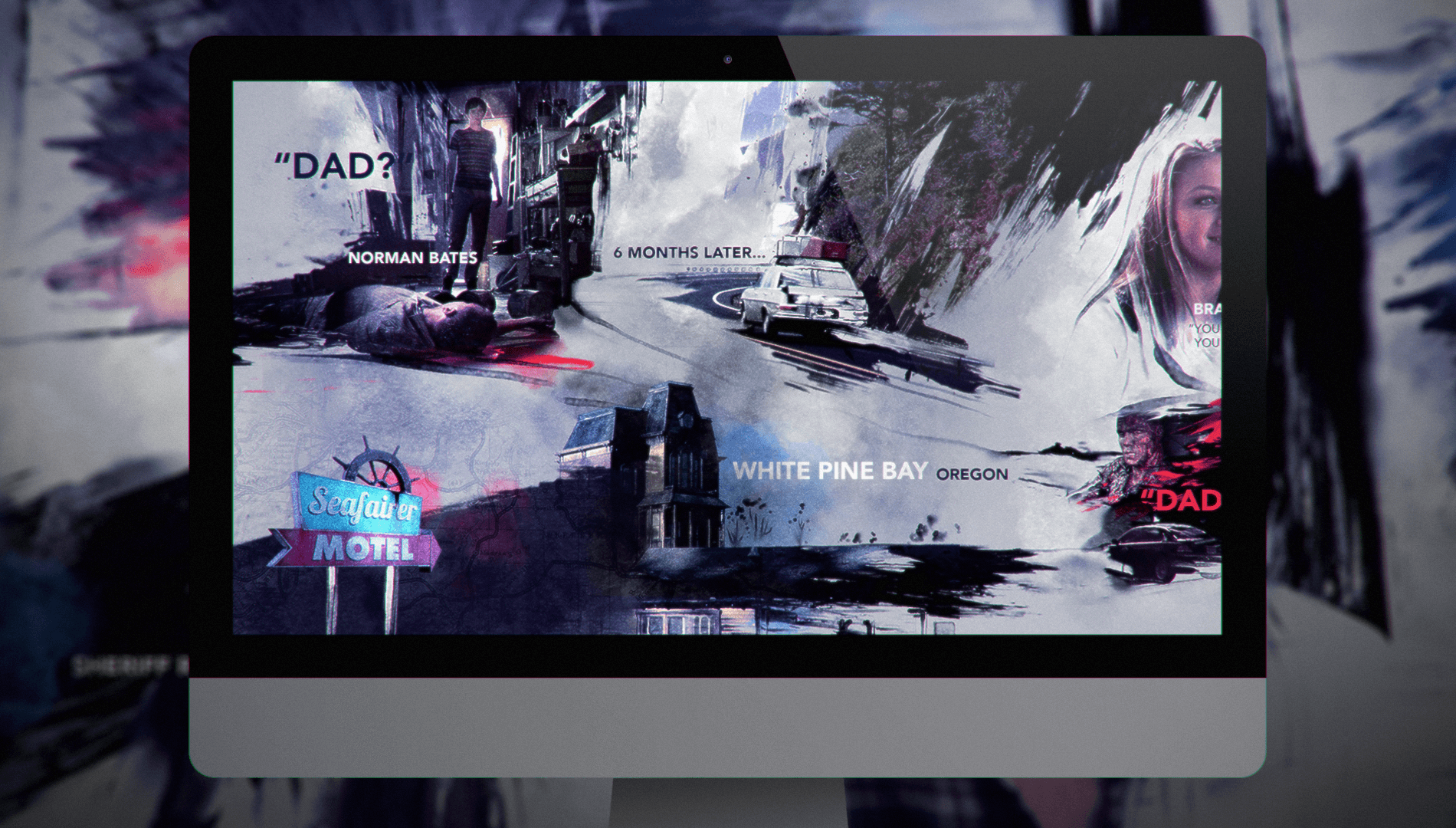 “Mother, what have you done?”

We’re thrilled to share the launch of our latest digital project for the sinister series, Bates Motel.

A&E challenged Blind CD, Greg Gunn, to come up with a way to quickly get new viewers up to speed on the show’s story—without having to binge watch three seasons. Not only was the goal to attract new viewers for the Season 4 premiere, but also give the die-hard fans something special to experience.

The end result is a rich, interactive tapestry of the entire Bates Motel narrative. Using design, animation and video, users cautiously scroll their way through the tumultuous timeline of the Bates family, uncovering the dark underbelly of White Pine Bay.

Follow the uncomfortably close relationship of Norman and his mother at batesmotel.com.