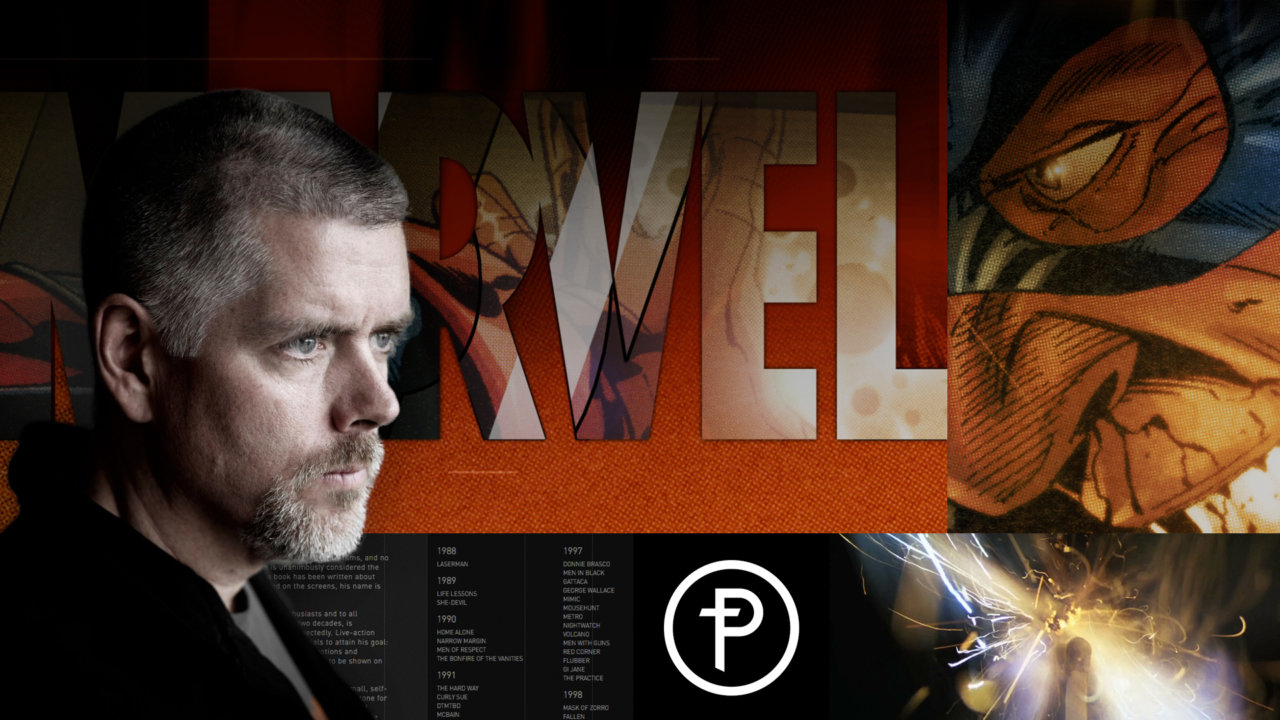 There is no doubt you’ve seen the work of Kyle Cooper on the silver screen. His body of work spans over two decades and includes: SE7EN, Dawn of the Dead, Mission Impossible, and Final Destination main titles. Join me as we have a discussion around the art and business of main title design.

“Whatever your hand finds to do, do it with all your might.” These words from Ecclesiastes 9:10, oft quoted by Kyle Cooper, embody the spirit that has made his film sequences iconic. Fittingly, they apply to his most influential piece to date: the main titles for the film Se7en (1995), where we watch a psychotic killer’s hands in the throes of creation. This maniacal sequence—every one-frame cut was considered—became a phenomenon, bringing main titles to the attention of the public and inspiring countless designers to pursue the craft., By the time he worked on Se7en, Cooper was already a title-sequence veteran, with more than 40 credits to his name. Today his reel includes many memorable titles in modern cinema: Spiderman, Dawn of the Dead, Mission: Impossible, The Secret Life of Walter Mitty and Argo among them. As a designer and director, his impact on popular culture extends to commercials (Nike and Chrysler), broadcast opens (The Walking Dead and American Horror Story) and an Emmy award–winning sequence for The Academy Awards.

As director Terrence Malick simply states, “Kyle is a great filmmaker.” What Cooper succeeds in doing is elevating film with the power of graphic design. A project might call for making collages with dead moths, or for scanning a piece of meat to render as an esophagus—but never, ever for stretching type. “You’re killing me,” he’d say upon witnessing such blasphemy. And he’d be the first to tell you that typography needs to be not only expressive but also kerned properly for 70-millimeter projection.