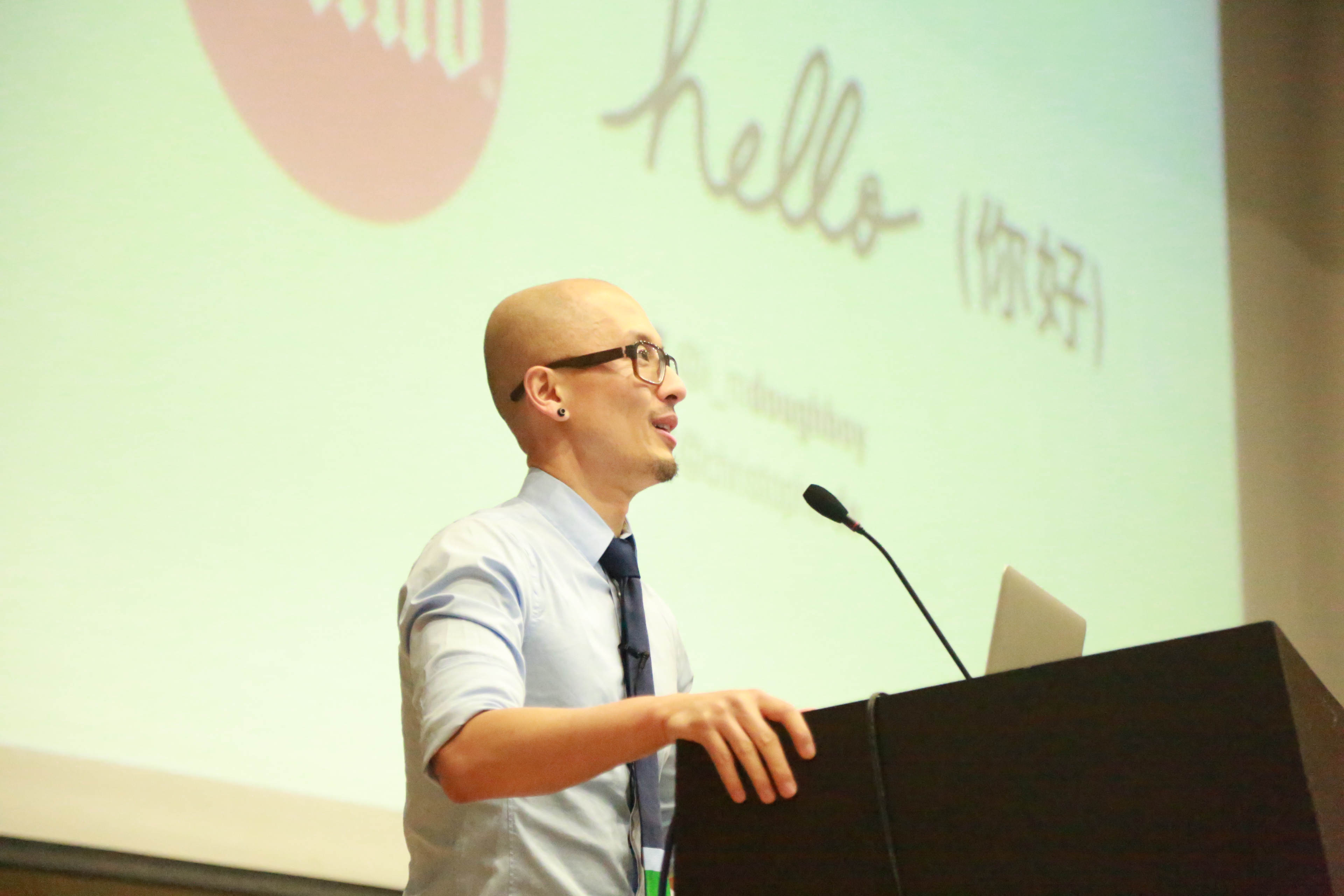 Tobin Kirk, Executive Producer at BLIND, tagged along to make sure things ran smoothly and to be Chris’ hype man at the lectures and pose for pictures afterwards. He was also successful in navigating the treacherous roads of Guangzhou during their bike ride around the city.

Diana Liu traveled with the pair to translate and make sure they didn’t eat anything too exotic. The trip would have not been possible without her.

Here are a couple of articles written about the visit: