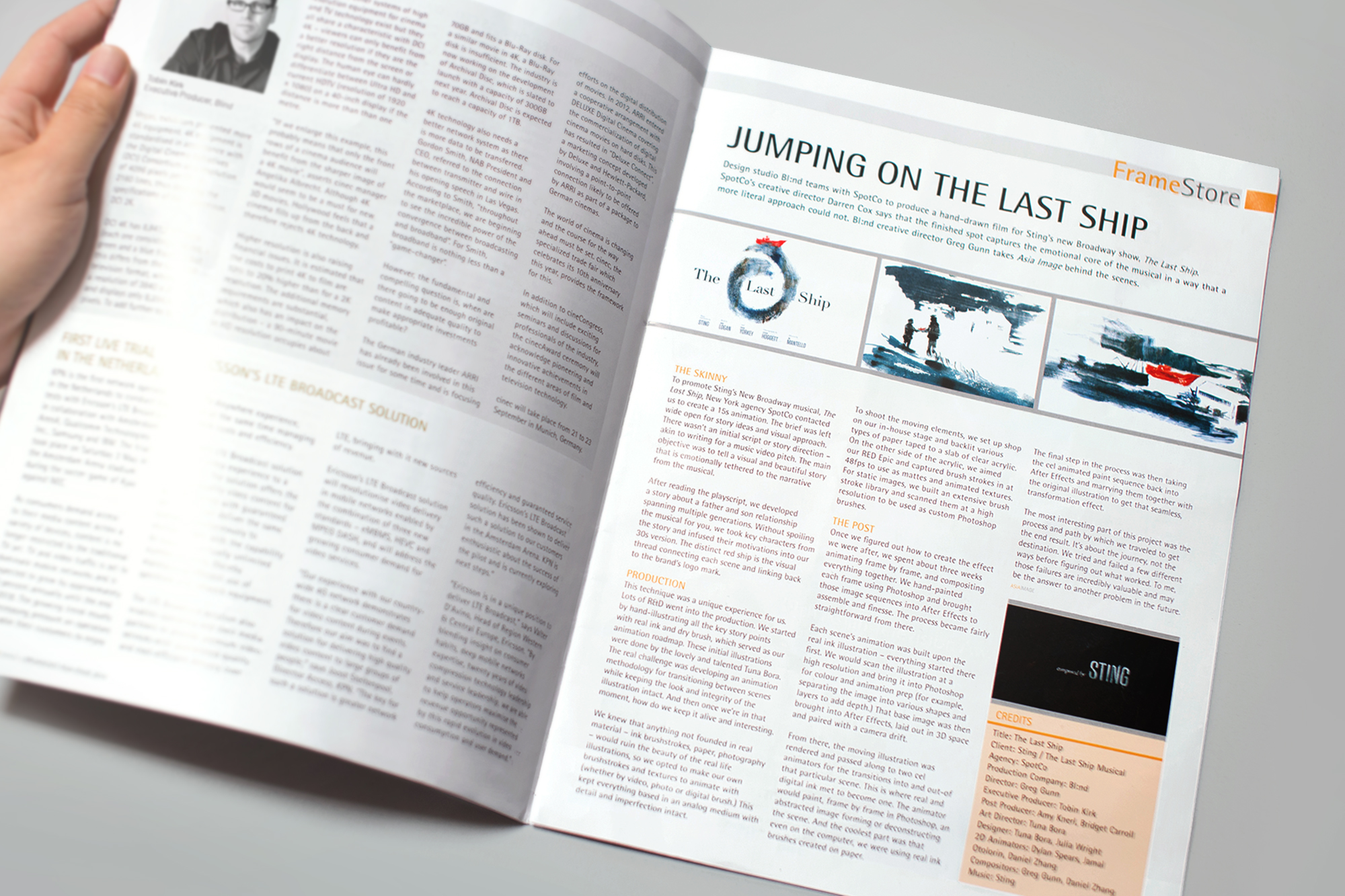 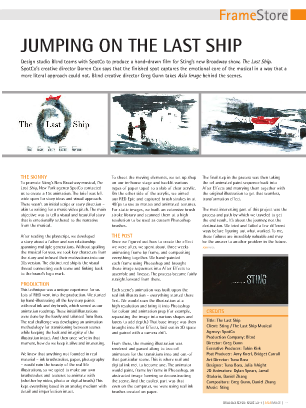 SpotCo contracted Blind to create a 15s animation, and while the main objective was to tell a visual story that tied in with the narrative from the musical, there was not an initial script or specific story direction.  This left a lot of creative freedom and interpretation up to Blind. As Creative Director, Greg Gunn tells Asia Image in the article interview, it wasn’t so much about the destination as it was about the journey and the journey itself was an incredible learning process.

Read more about the journey here on page 11 of onscreenasia.com. 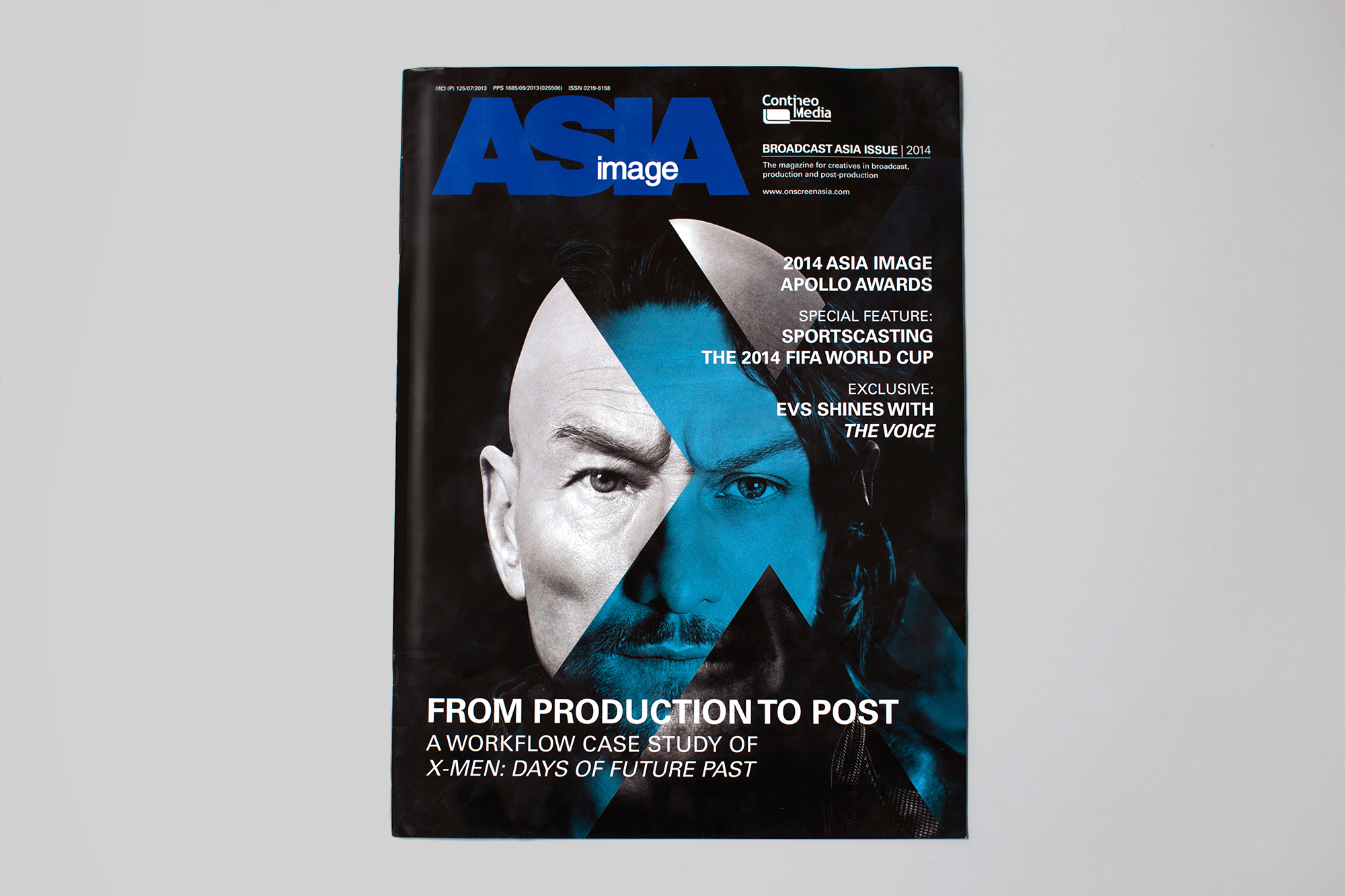